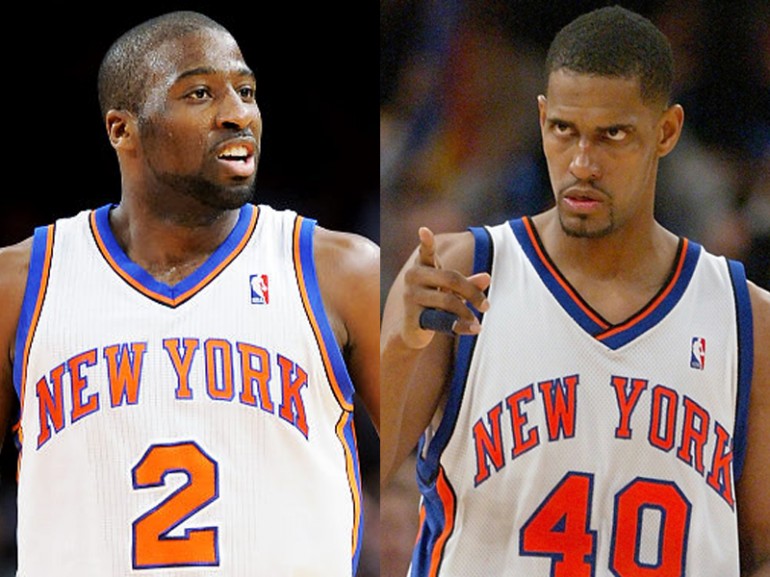 Welcome Back Felton and Thomas

Over the weekend, the Knicks traded Jared Jefferies and Dan Gadzuric to the Trailblazers for former Knicks Raymond Felton (2010-11) and Kurt Thomas (1998-2005). The Knicks bring back the point guard that was able to assist Amer’e succeed in NY and the soon to be 40 year old Thomas to help the them compete with the Heat, Bulls, and Celtics. They may have also have traded for Felton in case they decide not the match Lin’s offer from the Houston Rockets. This will give the Knicks a deep and experienced point guard position as Felton joins Kidd and possibility Lin. Will the Knicks match the Rockets now that they have Felton? Are the Knicks collecting players to setup a future trade for Chris Paul? It looks as if the Knicks have no regard for the salary cap and want to be one of the elite teams in the NBA.

The Knicks have acquired Raymond Felton and Kurt Thomas from Portland for Jared Jeffries and Dan Gadzuric, sources tell the Daily News