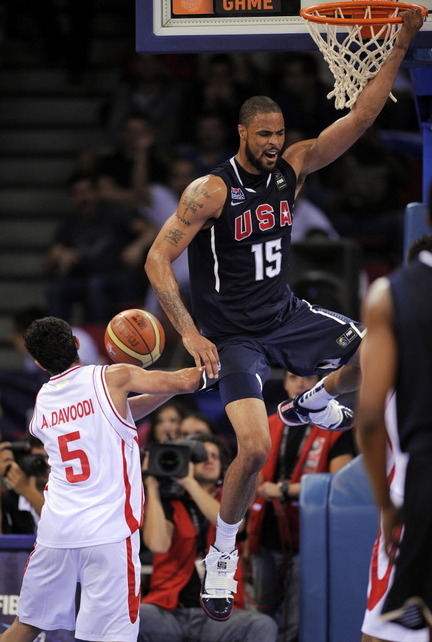 Tyson Chandler is one of the nine players announced to participate for the USA basketball team in the 2012 Summer Olympics. Tyson was on the 2010 World Championship team that won a gold metal. Joining Chandler will be LeBron James, Kobe Bryant, Carmelo Anthony, Chris Paul, Deron Williams, Kevin Durant, Russell Westbrook, and Kevin Love. There are 6 more spots to fill. Anthony Davis (ankle), Chris Bosh (Abs), and Dwayne Wade (knee) are not participating due to injuries. Lamar Odom has withdraw to focus on his game after his trade to the Clippers or to film more reality TV.