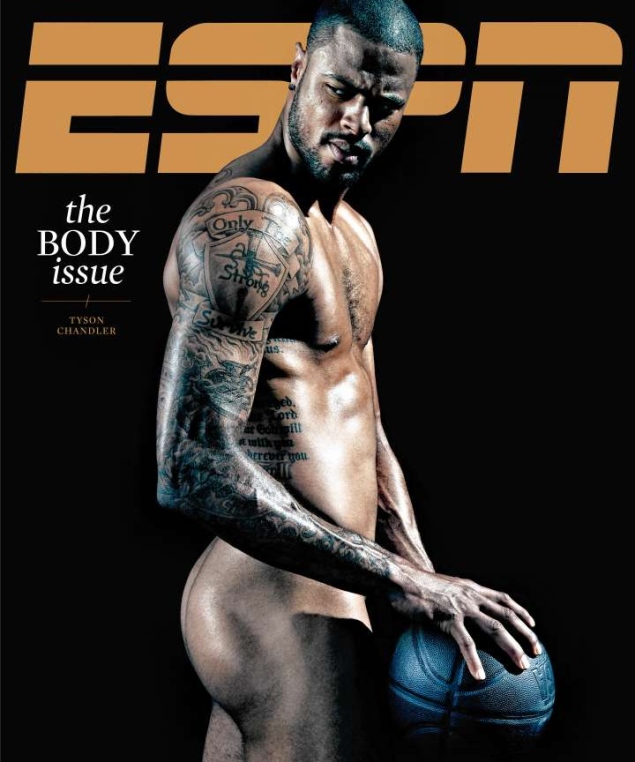 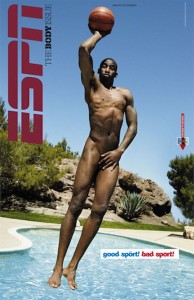 Yea, it’s an attention grabber alright. Following in the footsteps of Amare Stoudemire, Chandler in his 2nd season with the Knicks, occupies the cover of this years ESPN The Body magazine. This is an annual installment of famous athletes performing their craft but with a twist(being photographed naked)

Also Chandler in the same manner that Amar’e trail blazed after the 1st round exit (sweep) at the hands of the Celtics in the 2011 playoffs, has vowed to step up his and his teammates work ethic for this coming season. Chandler expresses that he will focus on the Gold medal for now but after the Olympics are over those same olympiads that are his teammates, they will become targets!

“As soon as we take off the jersey after the last game and we get back to our teams, they become my competitors again,” Chandler said. “Right now, I have the utmost respect and love for them because they’re my teammates.”