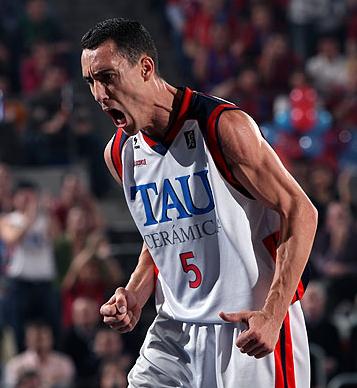 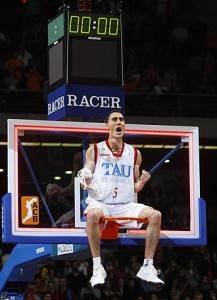 Could it be that Lin’s offer is taking some time to match because of Pablo Prigioni?  Could it be that at age 35 Pablo would get his first shot on the BIG stage?  Pablo manned the point for Argentina in 2008 in their Olymipc run.  He has also made his career by playing in the Spanish League where Ricky Rubio played before joining the NBA.  Rubio did not have stellar numbers in Spanish league and were on par with what Pablo finished with last season.  It would be interesting to see Pablo play for Knicks Summer League team but he will be representing Argentina once again, according to Matthew Shovlin of FanIQ.

The Knicks have also given a verbal offer to Spanish League point guard Pablo Prigioni. His name is probably less known than White’s in the US, but this 35 year old can definitely ball.

The Argentine sensation has been one of the elite players in the Spanish League for years, and was vital to the success Argentina had in the 2008 Olympics, in which they earned the bronze medal.

In the past year, Prigioni has averaged 6.8 points and 4.1 assists per game, along with 1.9 steals and only 1.5 turnovers.

Can he be the next Lin? Take the league by storm and have the following that Lin generated?