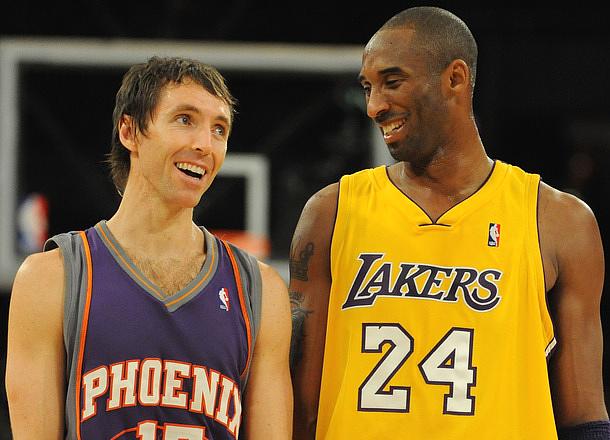 The Los Angeles Lakers have acquired Steve Nash in a sign-and-trade with the Phoenix Suns, says source close to the situation. Done deal.

@AlexKennedyNBA
Alex Kennedy
1st off wanna thank @SteveNash for everything he's done for me as a player.He's def made me better and shown me how to be true professional

So of course as soon as I put all my eggs in the Nash basket, this story comes out about Nash to Lakers a done deal! I feel it’s a smokescreen to pry Shumpert away from the Knicks!!!

One of Steve Nash's close friends is convinced that he's ending up with the Lakers. So there's that. (Will they let him wear Wilt's No. 13)

@FisolaNYDN
Frank Isola
Nash to LA for multiple picks all but done!!!

@Gambo620
John Gambadoro
Nash never wanted to go to Toronto he wanted to be closer to home in Phoenix, he falls into the 8.9 mill exception. Deal is done