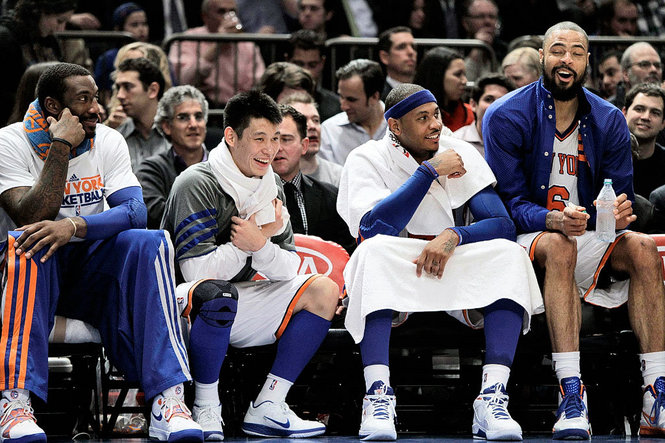 Rant: Not rebuilding but restocking the roster

If the Knicks can figure out a way to sign and trade for Raymond Felton instead of using their mini mid-level on him, they can use that exception on Marcus Camby instead. Which gives us two solid back ups in Felton and Camby, you wouldn’t notice such a drop off in production when they would come in off the bench.

If the Knicks decide not to resign Steve Novak or JR Smith, they will have their Full Mid Level Exception available as well.  I have a feeling both will be back though.  if not pursuing a Foye or May type player would fill the void from the loss of Shumpert and Novak/Smith.