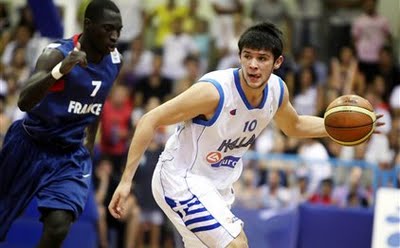 NBA Draft: Who is Kostas Papanikolaou? 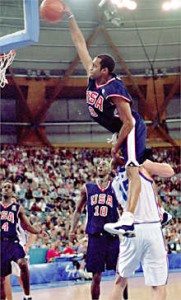 Frederic Weiss Gets Dunked Over by Vince Carter

“And with the 48th pick, the New York Knicks Select Kostas Papanikolaou from Olympiacos, Greece.” Before the 2012 NBA Draft, I read an article about the decline of drafting international players. There are various reasons NBA teams are reluctant to draft international player early in the draft (ie. Knicks 1999 pick, Frederic Weiss, from France). Some international player never become the player they are in their country or some player never make it to the league because of contract issues. Ricky Rubio did not come over for 2 years after being drafted. These days, drafting an international player comes with a higher risk then drafting an American player. The benefit of drafting an international player is that they have been playing professional basketball from their teens. They are used to the practices, travel, coaching, and in game situations.  What can the Knicks do with 6-8 forward, Kosta Papanikolaou? Like all draftees, his game will need to improve (look at his scouting report.) Can he fit into the Knicks system and play in the NBA? The biggest questions is: will he ever play in the NBA? He is still under contract in Europe and may not come over when that contract is up. Only time will tell. For now, he is a Knick.