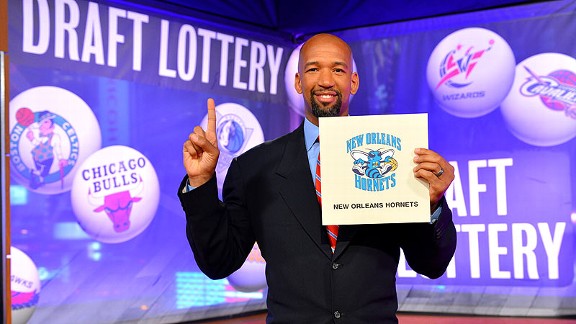 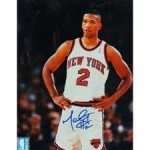 Although the Knicks don’t have a dog in the fight tonight (not yet), it doesn’t take away from the glamour of the NBA Draft!  Tonight we will see a draft class led by Anthony Davis and his unibrow, a sure fire #1 pick for the Hornets.  I am truly happy for Monty Williams, one of my favorite Knicks of yester year.  Remembered by many as the lefty with the funny two tone sneakers.  Williams was given a raw deal last year when CP3 was pried away from his team in order to form the GREAT CLIPPERS team.

Monty will be all smiles drafting #1 and will look to put together another respectable season in New Orleans.  With new ownership, who knows what can happen down in the Bayou.

The Knicks on the other hand I’m hoping we can get something late like we did from the Lakers in Toney Douglas a couple of years back for cash.

Amar’e to Train with the Dream
Davis: New Yorkers Keep Your Heads Up