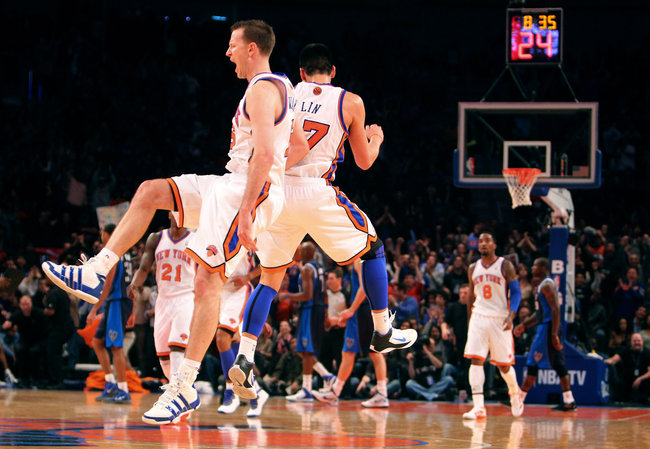 The NBPA (and #Knicks) won the arbitration. They can re-sign Lin and Novak and target Nash, Odom, or Ray Allen with MLE http://t.co/hgb5HeeZ

A day after the Miami Heat win the title, the NBA gives the Knicks a chance to compete for the coming years.  Is this a part Deux of Patrick and the Frozen envelope?

Smith: In LOVE with NY Fans?
Lin teams up with a new agent before he hits the market