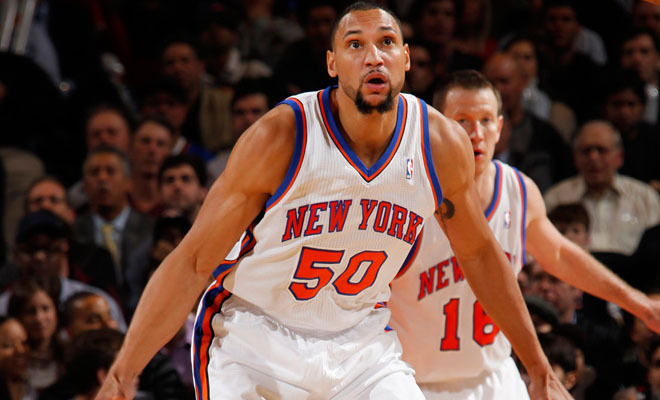 To me grundwald proved very savvy last season, by amnestying Billpups and concocting the Tyson Sign and Trade.  He makes swift moves very under the radar, but what allows Grundwald to do this is his CBA knowledge.  Now I don’t mean Continental Basketball Association, you know the one his good friend Isaiah Thomas ran into the ground… Last year’s Collective Bargaining Agreement has plenty of loopholes and I have a feeling Grundwald was paying attention.  Let’s see what he can do this year. Knickscoop has a likely scenario that might just play out tonight.

For example, let’s take the Oklahoma City Thunder, a team rumored to be willing to trade their pick (28th overall) in order to save some cash.  Let’s say the Knicks offer Dan Gadzuric’s ~$1.3M contract, Jerome Jordan’s ~$750K contract, and the rights to Georgios Printezis (a steal in the Tyson Chandler sign & trade who oh, by the way, finished 2nd in the Greek League MVP voting) to the Thunder for their 28th pick and Cole Aldrich (and his ~$2.5M contract).  Immediately following the trade, Oklahoma City can then waive both Gadzuric and Jordan, while retaining the rights to Printezis.  In such a scenario, OKC would be saving ~$2.5 million dollars in payroll, while also acquiring a future asset in Georgios Printezis (a skillful, active PF) who is storable in Europe, at no cost, until they wish to negotiate with him.

Baron Davis as Boom Dizzle!
Amar’e to Train with the Dream