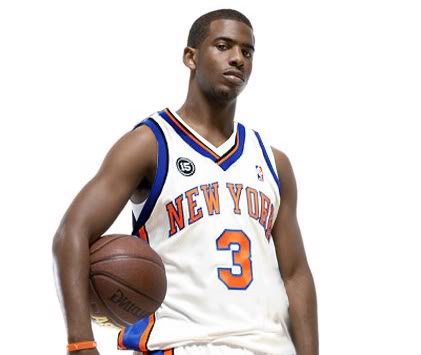 Taking a look at the way the Knicks are stockpiling talent and giving out contracts like cough medicine during flu season, it’s left a burning question in my brain that needs to be extinguished.  Can CP3 be had in a Sign and Trade during the season?  This roster that is being assembled kind of reminds me of the pre-Carmelo team, very deep at all positions.  If the Knicks were to bring back Fields on that bloated contract and Lin on that reasonable contract, our lineup will be stocked.  We dealt the house for Carmelo and Dolan would probably do it for CP3 as well.  Just something to keep in mind.

“I know why I didn’t sign my extension,” said Paul. “I’m going to play this season out and see what my options are.”

Could those options include playing for the Knicks?

If Paul is determined to play for New York, he could join the Knicks through a sign-and-trade. Frank Isola of the New York Daily News thinks that the Knicks are making moves with an eye on Paul next year.

Ron Artest: “I’d want to retire a Laker or play for the Knicks, or if not play for the Jets”
White, James White! The International Man of Mystery.