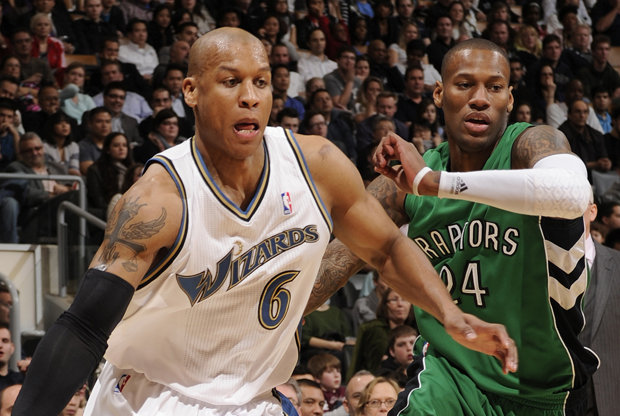 It appears that Chris Smith’s, brother of JR Smith, chances of joining the Knicks don’t look assuring as the Knicks show some interest in shooting guards Sonny Weems and Maurice Evans. They will be looking to replace Iman Shumpert and Landry Fields at that position.

Since the Raptors recently withdrew their qualifying offer to Sonny Weems, the Knicks have “shown some interest,” according to his agent Roger Montgomery, who also represents Jeremy Lin.

Montgomery also confirmed that the Knicks are interested in another one of his clients, Maurice Evans, who played for Mike Woodson in Atlanta from 2008 to 2010.

“I think both of them would fit really good in that situation,” Montgomery told ESPNNewYork.com. “Mo would fit for a number of reasons because what he does as a veteran, and he’s played for Woody. And I think Sonny would be an absolute steal if he was able to go play with them, just because of how athletic he is. I think that he could be a starter and he could be a rotation guy. I think he would be ideal.”