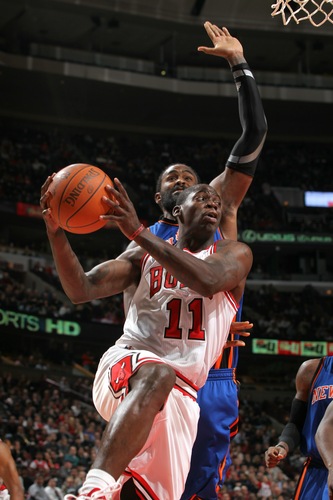 With Landry Fields agreeing with Toronto, the Knicks will have to find a suitable replacement. This should not be too difficult as Fields has problems meshing with Carmelo when they were both on the floor together. Though Fields show flashes of being a decent player in his rookie season and when Melo was injured, he never could get it going on any side of the court after the trade. The Bulls did not offer Ronny Brewer an extension and the Knicks has shown some interest. Brewer, a good defender, can replace both Fields and Shumpert especially in the beginning of the season.

Knicks on the Grant Hill wagon again?
Kidd: My Job is to Make Jeremy Better