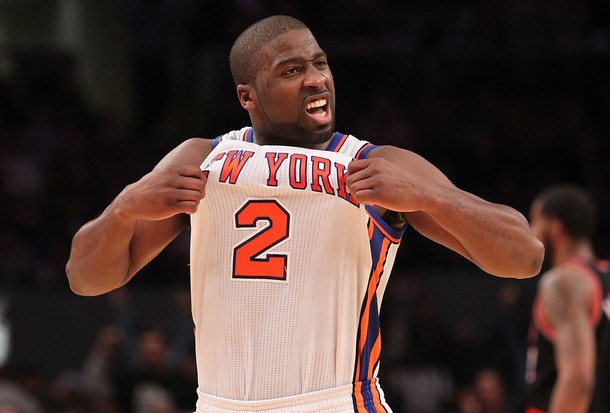 Knicks going to Plan F? as in Felton

Now that Nash is a Laker, , Miller stayed in Denver, CP3 is a pipe dream and Deron re-signed with Brooklyn, and Jameer just re-signed with the Magic, we turn our attention over to Raymond Felton.

Now I’m not going to try to spin this off as he was right for us the whole time.  There were other PGs on the market that are far more superior to Felton, but any Knick fan can remember how we embraced Raymond in such a short period of time.  He had a rough first 12 games with us but then he and Stat clicked! The offense clicked! D’antoni looked like a genius, oh how time flies.

Felton took the bull buy the horns and ran an offense like Nash in his prime. Then came the Carmelo deal, Felton along with Chandler left teary eyed.  They didn’t want to leave NYC, they felt this was home.  Gallo and Mozgov left in that trade as well but ill Will and Ray-Ray felt betrayed.  According to Berman, Felton does not hold a grudge from the trade, and is willing to sign with the knicks.

I feel a reunion of Raymond Felton and the Knicks and Stoudemire will be a good thing.  Felton had a very rough time with Denver and Portland, his numbers hit a big decline, so this return could be a huge motivational factor and a viable comeback player of the year candidate!

No Kidding Around
Houston Makes Strong Offer to Lin