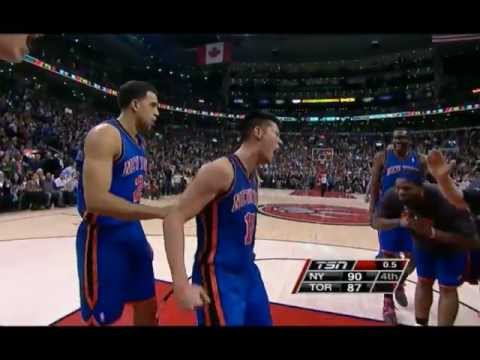 Looks as if the Knicks re-sign Lin, some more of Canada will get to experience #Linsanity!

The New York Knicks and Toronto Raptors will play a preseason game in Montreal as part of the first-ever NBA Canada Series.

The Knicks and Raptors will meet Oct. 19 at the Bell Centre. The MTS Centre will host the Pistons-Timberwolves matchup on Oct. 24.

This will not be the first time the Knicks have played a preseason game outside of the U.S. They have participated in games in Barcelona in 1990, Mexico City in 1993, Ottawa in 1996, Montreal in 2010, and Milan and Paris as part of 2010 NBA Europe Live.

The Next #Linsanity?
Welcome to New Spin City…