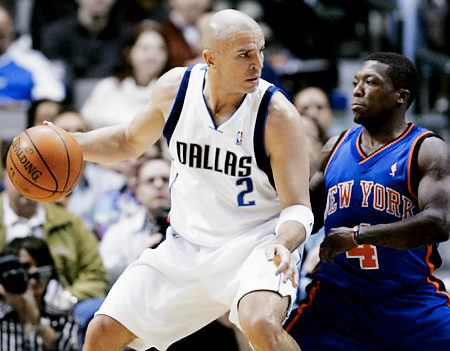 Reading the twittesphere and I found a lot of intriguing info and comments regarding Kidd.

Jason Kidd explained his sudden change of heart from Mavs to Knicks to the Star-Telegram: "They have a lot of ... http://t.co/9PM0MGW2

Jason Kidd explained his sudden change of heart from Mavs to Knicks to the Star-Telegram: “They have a lot of pieces, which is intriguing to me. Hopefully, I can fit in.” Kidd admitted he woke up Thursday morning set on staying with Dallas, but played a round of golf and then the thought of it “just didn’t feel right.” He’s been on Long Island recently playing golf, we should tell you here. Also, he just bought a place in the Hamptons. Perhaps New York Rangers center Brad Richards, a noted summer Hamptonite, caught up with him?

Bermen chimes in that Knicks and Mavs still trying for a S&T which is actually surprising that Dallas would entertain this.

#Knicks-Dallas still hammering out sign-and-trade today to preserve mid-level but Kidd will be a Knick http://t.co/FoUjw4Km

But I’m hearing the window for a S&T is coming to it’s deadline:

The supposed Sign and Trade will acquire Kidd for 3 years $9mil, not clear what the Knicks would send to Dallas, maybe Toney Douglas and Gadzuric?