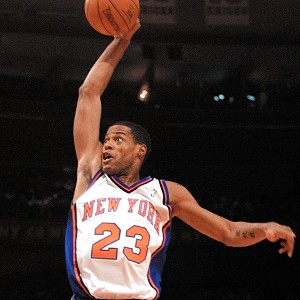 Seems as if the Rockets want something from the Knicks besides Jeremy Lin. Knicks want Camby but are they willing to do a S&T to acquire him? Miami would love to receive Camby’s services but Houston is not willing to deal with them.  Can a Lin & Camby trade be brewing?

Highly sought-after unrestricted free agent big man Marcus Camby postponed his meeting with the Miami Heat on Saturday, according to a source with knowledge of his plans.

It was done to allow the team to work on a potential sign-and-trade with the Houston Rockets, but the Rockets aren’t currently interested in dealing with the Heat.

The Rockets, according to sources, are more interested in a sign-and-trade with the New York Knicks. Sources told ESPN.com that the Knicks have had discussions with the Rockets about Camby, as well as the Dallas Mavericks about a sign-and-trade for free agent Jason Kidd, who agreed to join the Knicks earlier this week.

The Knicks are hoping to make a sign-and-trade deal for one of them and use their $3.09 million mid-level exception to sign the other.