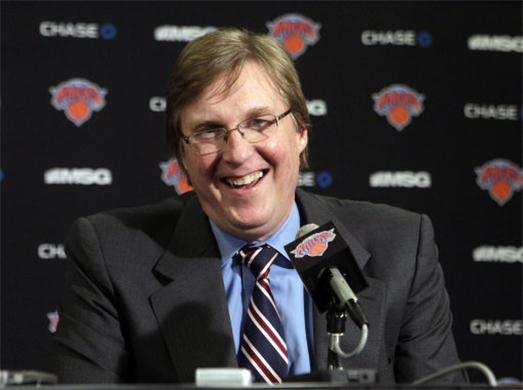 Glen Grunwald: The man behind the MSG curtain

I had to write a post soley on Glen Grunwald after reading this:

The call was from New York general manager Glen Grunwald and the conversation lasted no more than 30 seconds. Grunwald’s message, Lin told SI.com, was simple and direct: “We wanted to keep you, but it couldn’t work out. Tell your family I say hello, and good luck the rest of the way.”

That was it. One of the more intriguing and publicly debated personnel decisions in NBA history ended in half a minute. No questions were asked, no pointed comments were uttered and no animated feelings were expressed. Lin, the undrafted 23 year old who rose to global stardom in his first 25 starts after being cut twice, politely told Grunwald, “I just want to thank you. Best of luck in the future.” 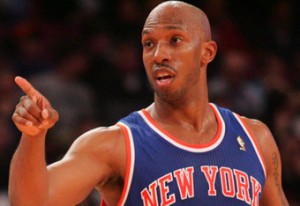 The man had given #Linsanity half a minute to marinate in what was the biggest story of the year.  30 seconds is what summed up the future of Linsanity in NY! Wow, cold-blooded, heartless, ice in the veins, PTPer (Prime Time Player), Foot on the throat with no remorse, oh and by the way tell your parents I said Hello!  I can’t even conjure up a villain which i can analogize to Grunwald, maybe because he isn’t a Villain, but an extraordinary business man. Remember this?

Knicks interim general manager Glen Grunwald called the move part of “the nature of the business.”

“We didn’t want to get rid of Chauncey,” Grunwald said. “When I talked to him today I told him, ‘Chauncey it’s not like we’re waiving you because we don’t want you. Look at it for what it is: We traded you basically for the starting center on the NBA championship team.’” 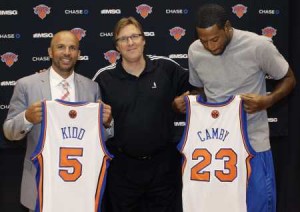 The man is fearless, he has is eyes set on creating a championship roster by any means necessary.  He cleaned up the NY Knicks bench this off season by focusing on Sign & Trades with the Knicks being so close to Salary Cap hell once again!  It seems Grunwald has a very good understanding of the new CBA (Collective Bargaining Agreement) and looks to be taking full advantage of it.  Novak was re-signed off of the Bird Rights ruling, Lin could have been signed as well due to it but the Rockets stepped in, then the Stretch Provision was tossed around which could have enabled Grunwald to sign him but things got weird along the way.  Something happened, business got personal and the owner got involved as well.

Maybe things got weird when we wined and dined with Nash?  Maybe the Jason Kidd signing was the start of it?  You can definitely attribute some of the blame to Felton’s Sign and Trade…right?  Or was that Plan F being put into effect because of Lin and the Rockets restructuring the offer sheet?  And let’s not forget Plan CP3 which will hang over our heads for another season and off-season or at least until he signs a contract somewhere!  I took Lin to be thicker skinned then he turned out to be, letting his emotions get the best of him and in turn being “Disloyal” to James Dolan. 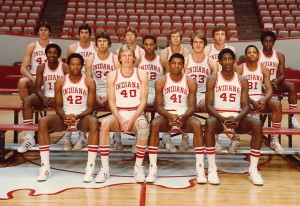 Grunwald seemed to be the middle man in the whole 72 hour Linsanity scandal, but was he one of the main mouth pieces which felt betrayed and made the ultimate decision?  That remains to be unknown, unknown because the Knicks would not comment on why Lin was not re-signed, unknown because present Knicks and old Knicks don’t talk about the franchise in detail, EVER!

“Glen is a skilled NBA executive whose expertise will be a great asset to the New York Knicks,” Thomas said. “I know him well from our days as co-captains on the 1981 NCAA Championship team at Indiana University and I hired him in Toronto, where he helped assemble a roster that made three consecutive postseason appearances. I consider him to be a quality evaluator of talent and a skilled communicator.”