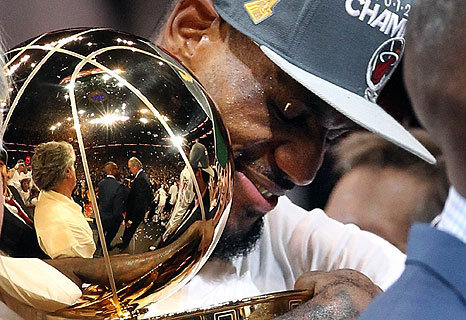 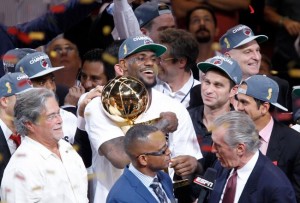 Game 5 of the NBA finals came down to the Miami Heat dominating in the second half to become the 2012 NBA Champions. 2 years after taking his “talents to South Beach,” LeBron James won his first NBA Championship and NBA Finals MVP. LeBron was incredible recording a triple-double in the game (26 points, 11 rebounds, 13 assists). OKC had no answer to the record tying three pointers made by the Heat. The Heat made 14 three pointers lead by Mike Miller who shot 7-8 from the arc to score 23 points. The Thunder did their best to fight back before being down by 20+ points, but the three pointer and James’ will did not allow them to push ahead.  Durant ended with 32 and both Westbrook and Harden had 19. Wade had 20 points and Bosh had 24 points. Congrats to the 2012 NBA Champs, the Miami Heat. I am certain that will be seeing the Thunder or Durant contend for another championship in the next few years.

Lin teams up with a new agent before he hits the market
Jefferies: “I’d hate to leave New York now.”