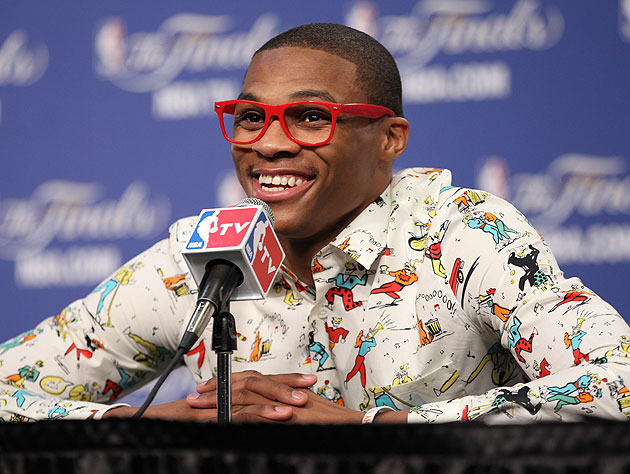 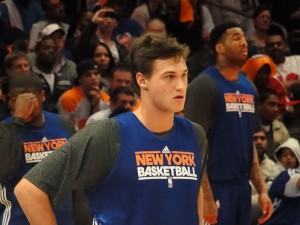 Now before anyone goes bashing me, I was on bended (Not a real word unless you are Boyz II Men) knee asking the big guy upstairs to let Russell fall to the Knicks in the 2008 Draft.  He was selected 4th and the knicks picked Danilo Gallinari with the 6th pick.  I love Westbrook’s athleticism, he is one of the league’s most dynamic players.  At point guard he is marveled  by few, but on the other hand the league has taken notice of him, not only the way he dresses but his court generalship.  Although he puts up the numbers his leadership and play running ability are sketchy at times.

Now I really can’t knock him but long story short, you have Kevin “Freaking” Durant on your team! The guy is shooting like 50% in the Finals… Get him the ball.  Stop taking forced shots, slow the tempo down sometimes and set up the offense.  Even Magic Johnson said this is one of the worst Point Guard Finals game performances he has ever seen.

Just wanted to let you know, if you get a chance, pass me the ball, maybe?

IAMAGM: Shump was in VIP when Breezy & Drizzy popped off… -UPDATE
Video: Top 10 Clutch Shots of the 2011-2012 Regular Season