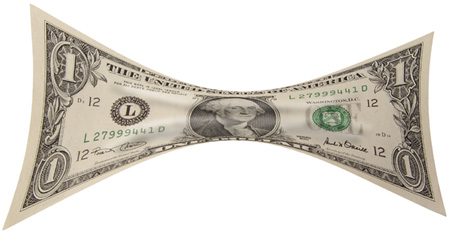 Ever hear about the Stretch Provision?

As the Lin (World) turns continues this week with another twist headlining.  It’s called the “Stretch Provision”, not sure if you’ve heard of that but We will get back to that in a second.

We last left off with Lin finally signing the 3/$20mil offer sheet given to him by the Houston Rockets.  The Rockets FedEx the offersheet over to Knicks brass here in NY, but wait, they are not here.  Knicks Front Office have been in Vegas for a week over seeing the Knicks Summer League team, and playing golf of course.  So the offer sheet does not reach Grunwald until Sunday morning, although the offer sheet was sent to him on Saturday in Vegas but he wasn’t found until Sunday.

So the Knicks have until Tuesday 11:59pm to match or decline the offer sheet for Jeremy Lin.  Lin could have made things easier by going back to the Rockets and reworking the offer to help the Knicks sign him, but he didn’t, wait I mean he did.  He went back to the Rockets and reworked the offer for more money in the 3rd year 3/$25.  Man this Harvard kid is smart, he is looking for his payday.  Although whispers are saying Lin wants to be a Knick, he kind of threw a monkey wrench into the whole process.

In the last day things have stabilized and we are just waiting for Dolan and the front office to make a decision.  But OH NO!  Here comes the CURVEBALL, has anyone heard of the EDDY CURRY RULE or STRETCH PROVISION? (Isaiah Thomas saves the day, in only a way he can).  Isaiah giving Eddy Curry one of the WORST NBA contracts EVER, has actually benefited the Knicks years later.  If they want to match Lin, if not they can just let him walk and go on with team Melo.

We kind of refer to this as the Eddy Curry Rule.

In the NBA labor deal is what is called the “stretch provision,” which will help teams get rid of underperforming players on big deals. It can only be used on new contracts but here is how it works: If you want to get rid of a player you can buy him out then stretch out his contract on your books for double the length of the deal plus one year. For example, if a player is owed $20 million over two seasons and he gets waived, the team can stretch him out so his deal so on the official salary cap ledger he only costs them $4 million a season for five seasons.

So now the Knicks with all of the delaying were able to find their loophole as the Rockets had done to them.  The Rockets took their time in offering the offer in order to find their loophole, which was them being able to stretch out Lin’s contract on their payroll yearly to $8 mil a season although they would pay year 1: $5mil year 2: $5.25mil and Year 3: $14.8mil.  With that offer the Knicks would have been over the cap in year 3 by $10-$15 mil for the year which would cost the Knicks $40 mil in luxury tax alone.

Ok back to the Knicks loophole, it goes like this.  The team that gives out a BIG ol’ contract that turns out to be a bust can waive the player in the last year and then stretch the remaining money on their books in the following seasons. For example Lin’s contract would be $5mil year 1, $5.25 year 2, $14.8 year 3.  Let’s say Lin has become a bust, not sure how that is determined but let’s move along, year 3 rolls around and the Knicks are about to get creamed because of a contract (under the new CBA) that the player as been underwhelming.  The Knicks could then waive Lin and spread the money out as so, $4.93 mil year 3, $4.93 mil year 4, $4.93  mil year 5.  I know it sounds more like a cell phone contract then an NBA contract but this is where we stand right now.

Hold on to your hats cause it’s going to be a wild one, I will update everyone around 12 midnight!

*The above is what I have read and tried to regurgitate to you, please excuse for anything that is incorrect.  I will retrace my steps and make sure it is as accurate as possible.