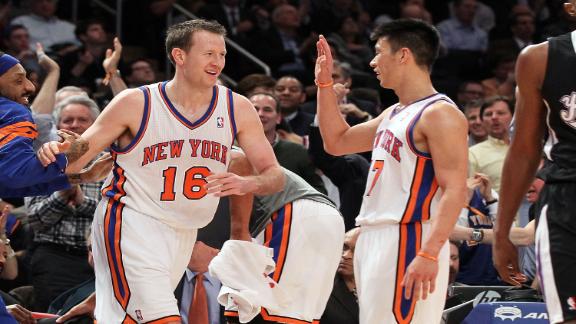 The NBA dropped it’s appeal against the Lin-Novak Bird Rights ruling.  Free Agency starts Sunday and it seems the NBA doesn’t want to get in the way of it, although there are some holes in the Bird Rights, they will be cleared up at another time.

The union victory was a major boon for the Knicks, who will have the ability to re-sign Novak and Lin through Bird rights without using their mid-level exception. That mid-level exception instead can be used for another free-agent player, likely a point guard or shooting guard.

One drawback is their mid-level exception, general manager Glen Grunwald said, likely will be only $3 million and not the standard $5 million because they could well be a taxpayer.